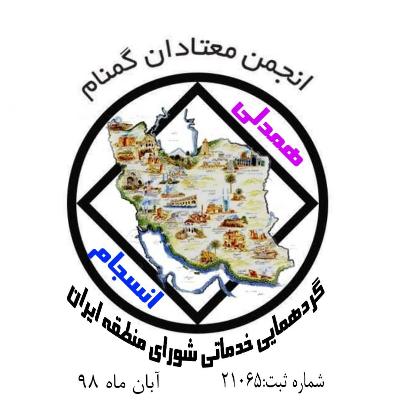 The Scale of the Problem

To appreciate the extraordinary growth of Narcotics Anonymous in Persia first consider the scale of Iran’s heroin crisis.

According to the United Nations Office on Drugs and Crime, more than 4 million of Iran’s 70 million residents are addicted to drugs, the worst such stats in the world. This shouldn’t be surprising, as Iran absorbs the world’s largest stream of heroin. Afghanistan, Pakistan, and Turkmenistan are the world’s largest suppliers of opium and heroin. All border Iran to the east. Opium and heroin enter Iran and move westward across the country toward lucrative European markets. Consequently, heroin is abundant and cheap. In many places, one U.S. Dollar purchases 3 grams. By comparison, the street price of 1 gram in the United States is about $300. In 2008, a full 50% of all heroin seizures in the world occurred either in Iran or Turkey.[1]

Heroin addiction cuts across age, gender and class lines in Iran. Persian addicts are just as likely to be middle-aged, college educated professionals and academics as they are vulnerable teenagers.[2] Opium is an ancient part of the culture. It carries a lighter stigma than alcohol, a reversal of the western view. Opium was illegal-but-tolerated during the Shah’s mid-century reign. Addiction rates soared. After the 1979 revolution, opium/heroin laws were harshly enforced by the new Islamic Republic. Addiction rates skyrocketed under zero tolerance, together with incarceration rates. In 2006, approximately 59% of Iran’s jail population was incarcerated for drug-related offenses. Of the 170,000 incarcerated Iranians, 32,000 were in jail for simply being addicts, while 68,000 were jailed for drug trafficking.[3]

In 1990 there was no effective infrastructure in place to help addicts get clean. There were only ‘camps’ where addicts dried out cold turkey, ineffective government facilities, and prisons. Mass incarceration, soaring addiction rates, and cheap, readily available drugs were facts of daily life. It’s under these conditions that NA Iran was born and flourished. This is when Mohnsen T. returned to Tehran from California and founded Iran’s first NA meeting in a Government Treatment Facility. Thus began a recovery counter-surge.

Scaling A Solution – The Miracle of NA Iran

How rapidly has NA Iran grown? It began in the early 90s with a few members and now hosts up to 21,000 meetings, depending on the source. This is more than the entire world combined, minus the U.S. It boasts one of four global World Service Offices and accounts for over 25% of all worldwide Basic Text sales. Iran distributes more Informational Pamphlets than the rest of the world combined and purchases 9% more sobriety time key tags than the United States.[4] The growth rate has been identified as a ‘recovery cascade’. The most recent phenomenon that’s comparable in scale is the 1840’s Washingtonian Movement in the U.S.

How did NA Iran Form and Develop?

Cohesion and commitment are evident when Siamak K. tells the story of early NA in Iran.[5] Siamak was a member of Iran’s first NA group. He describes the story of the fellowship’s infancy and early development in candid detail. After being turned away from a government detox facility, Siamak ran into an old using mate. His friend, then clean and attending NA meetings, advocated for Siamak, securing for him a place in a 30-day detox. During his stay, Siamak had regular visits from four of the founding NA Tehran members. This was 1998, shortly after the first NA Iran meeting was held in a government facility.

By the time Siamak was released there were 40-44 members, and 3 weekly meetings held in parks. Authorities tolerated these gatherings. Members would arrive 2 hours early for tea and stay for hours after. Unity was paramount. A literature representative had 3 copies of the Basic Text. They shared it through a lending library. Soon other groups began sprouting up in remote areas. A Literature Translation Committee was created. The Basic Text and Service Manual were translated to Farsi. They began printing and distributing literature. There were soon 10-12 groups in Tehran and more in other areas. Now that literature was available and a service structure was in place, passionate outreach and fellowship development began in earnest.

The next challenge was existential. They needed to convince skeptical government officials and clergy that they were not a Christian or subversive organization. If they failed, they would be forced to operate outside of the law. Ultimately, NA member’s diplomacy and success in turning addicts’ lives around won over clergy and officials. This took 5-6 years of convincing, and building relationships was key to this breakthrough. NA now had official approval to operate as a Non-Government Organization (NGO). As of 2003, NA is currently the top NGO in all of Iran.

Why Did NA Iran Grow So Big So Fast?

The Steps and Principles of NA contain concepts consistent with existing beliefs in Iran. A deeply spiritual and socially cohesive culture combined with a vast need for recovery proved fertile soil for NA to take seed and blossom. Members tended it with remarkable dedication and passion. They had no secret recipe or formula; they simply followed NA’s Service Manual enthusiastically. Their commitment to service is impeccable. The success of NA Iran underscores the cross-cultural commonality of experience in addiction and recovery. Addicts share a bond that transcends culture. Addiction is a great equalizer. So is recovery.

The number of lives being transformed is still growing on an immense scale. Excitement is palpable. Meetings are lively and average between 200-300 enthusiastic members. Fellowship is emphasized before and after meetings. One meeting alone is often a 6-hour commitment, with fellowship before and after. Service commitments are remarkable, even when compared to other successful fellowships around the world. It’s not unusual for an experienced Sponsor to work with 100 members. Sponsoring 25 addicts is an average commitment. Sponsors must work with newcomers in a classroom, or retreat-master style. Parties are held to celebrate member’s completion of all 12 Steps.

NA Iran presents the most inspirational development in the recovery community for many decades. Heart-warming stories abound. The reverence for complete abstinence that members exhibit is remarkable. All aspects of 12-step recovery are considered sacrosanct, and passion is often expressed in disarmingly humble language. As inspiring as membership growth statistics are, they demonstrate only a small part of NA Iran’s story. Numbers don’t communicate the depth of experience members share with one another. Perhaps all one needs to see to grasp NA Iran’s enormous success are these brief words left by member Habib, written in October of 2006. It’s known by many as ’84 Days’:

“My name is Habib and I am an addict. Greetings to all the addicts at the central prison of Qazvin, and to all NA groups around the world. I am writing this letter as I pass the final moments of my life. I am very close to death. I wish to send a message to all fellow members: I got clean through a narcotics anonymous meeting in jail, and through attending these meetings, I stopped using drugs. I have become very close to God. I feel good, and I am at peace with myself and the world. I have accepted the will of God. I’d like to ask you fellows to stay clean and be of service. Try to help other addicts stay clean, physically, mentally and spiritually. Please continue this path to save other addicts. I have nothing else to say. My name is Habib and by dawn my life will end. I will be hanged for the crimes I committed, but I have been clean for eighty-four days beside you. I wish success for all addicts…members and non-members. God bless.” [6]

This error message is only visible to WordPress admins


Error: API requests are being delayed for this account. New posts will not be retrieved.