Internet Addiction- Is It A Real Thing? 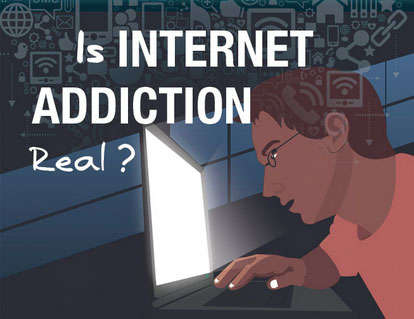 I’m having a few people over tonight to stare at their phones.  Wanna come?

So goes the quip. We live in a connectivity paradox; our world is astonishingly interlinked, yet people have never been further from those beside them.  People afar are near, people near are afar.

A Google search on “internet addiction” yields pages of results broadcasting a smart phone and social media addiction epidemic. However, the jury is out on the merits of Internet Addiction Disorder (IAD) as an official diagnosis.  IAD has not yet made the diagnostic manuals of the American Psychiatric Association and the World Health Organization.

Skeptics assert that social media, smart phones, and the internet in general are not addictions in and of themselves but rather are portals to “real” addictions.  From this vantage, asserting the internet causes gambling, shopping, and sex addictions is like suggesting the same of cars, malls, and seedy motels.  To many, IAD is simply a junk diagnosis.  The more cynical suggest that advocates are part of an exploitative treatment industry that preys on frightened parents.

That said, huge numbers of compulsive users are not merely pursuing other “real” addictions through their devices. This is especially true of teens and tweens.  Texting, social media, and general smart phone obsessions figure prominently in ongoing IAD research.  Many suffer symptoms and consequences usually associated with better defined addictions. Like gambling addiction, IAD is behavioral.  Neither involve substance abuse, and both are progressive in that ever-increasing amounts of activity are needed to replicate past rewards.

Some lose the ability to control their online behavior.  They may become dishonest about use, lose careers and educations, damage relationships, isolate themselves from the real world, and go bankrupt.  Physical symptoms often include fatigue and insomnia, poor nutrition, pain from lack of movement, unintended weight gain or loss, and more. Sadly, teens with carpal tunnel, poor eyesight, and spinal damage are becoming increasingly common.

IAD’s risk factors are primarily anxiety, depression, impulse control, psychosis, social isolation, and, of course, other addictions. Diagnostic tools for IAD are modeled after those for gambling disorders.  Dr. Kimberly Young’s 20 question Internet Addiction Test  (IAT) is the most widely accepted instrument. A simpler diagnostic is the single question, how much time do you spend online?

Although compulsive internet users may behave like gamblers, IAD’s treatment is influenced by strategies used for food addicts.  Like food, one cannot simply abstain from tech without dire consequences. This is a fact of modern life.  Internet usage plans, like food plans, are helpful.  These include time and site restrictions.  Most mental health professionals focus on treating underlying issues via medication and cognitive behavioral therapy.  Thankfully, 12-Step Fellowships are sprouting up, including one specific to On-Line Gaming Addiction (OLGANON).

Is IAD a bonafide pathology or a fad illness?  Only time will tell. The good news is that it’s such a hot topic that vast resources are dedicated to finding out.   And both professional and 12-Step help are available in the meantime.  While the jury is out, here are links to Dr. Young’s Internet Addiction Test, and the 12-Step Fellowship OLGANON:

PDF of the Internet Addiction Test

This error message is only visible to WordPress admins


Error: API requests are being delayed for this account. New posts will not be retrieved.