This year has brought a lot of bad news in the world of drugs and drug addiction. First, it was elephant tranquilizers being found in batches of heroin across the nation. Then, the number of deaths related to Fentanyl shot through the roof. And finally, we had fake Xanax make its way around Florida, killing at least 9 people. Drug use is scary these days and it’s astounding that anyone in their right mind would choose to use drugs. It seems like you never know what you’re gonna get. Now, we have another huge problem looming on the horizon and it looks completely dismal.

In Pittsburgh, PA a type of Narcan-resistant Fentanylhas been found in batches of heroin and it’s already causing numerous overdoses and deaths.

Apparently, it’s hundreds of times more powerful than morphine and called Acryl-Fentanyl. There is a distinct difference between Fentanyl, Carfentanil and Acryl-Fentanyl. Believe it or not, Fentanyl and Carfentanil actually have legitimate, medical uses. Fentanyl is an extremely strong painkiller that’s usually given to patients before or after surgery and for those who are terminally ill. Carfentanil is, well, an elephant tranquilizer and has veterinary purposes. But Acryl-Fentanyl has no known purpose for even existing… and it’s highly troubling that it’s been synthesized.

You got it, Acryl-Fentanyl is synthesized, which means it’s artificially created and has no natural origin (remember, heroin’s natural origin is a poppy plant). Not only is it manmade, but it’s being created in China, like most other research chemicals and synthetic drugs and being smuggled into the United States.

DEA Special Agent In-Charge, David Battiste said, “If Acryl-fentanyl is introduced into the population, it can have devastating effects. You would have to reuse Narcan if you are revived from Narcan at all.”

That’s right folks, this stuff is completely resistant to Narcan. Like Special Agent Battiste said, it’s unlikely that Narcan will reverse its effects and, if it does, it will take multiple, multiple doses. We’re already having enough of a problem with the strength of opiates these days. Narcan is struggling to keep up and continue to save the lives of those who overdose. Acryl-Fentanyl is going to make this problem a whole lot worse and this is only the tip of the iceberg when it comes to the devastating effects this drug is going to have on our society.

Opiate abuse has reached an all-time high, creating an all-time low for our society. Instead of curbing the problem and reducing use and abuse of painkillers and heroin, the problem only seems to be growing at exponential rates. Instead of halting the importing of these drugs into the country, they just keep flowing in. Want to know why? It’s because we consume this garbage. Manufacturers in China know, in my opinion, that they can keep making ultra-strong and deadly drugs and we’re going to consume it. And not only consume it, but consume it in mass quantities because the world knows that the United States has a completely unquenchable thirst for drugs.

If anyone you know is struggling with painkiller addiction or heroin abuse, get them help now! The opiate problem is getting so bad, you never know who’s going to die. Instead of waiting for that fateful day, get an addict you care about the help that they most desperately need. Before it’s too late. 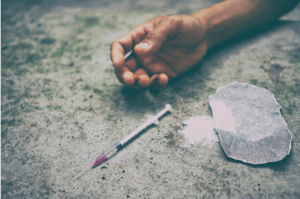