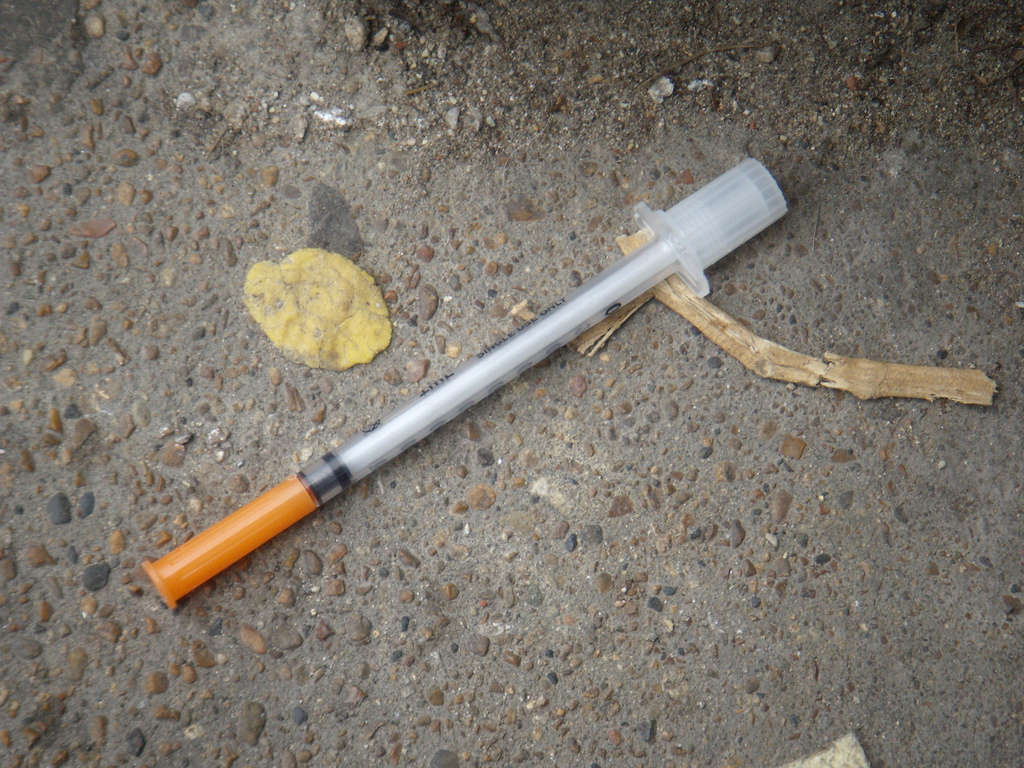 Opioid addicts are overdosing in staggering numbers across Miami-Dade County — and the “hot zone” for the growing epidemic is the streets of Overtown.

On a sunny morning late last month, a 43-year-old homeless woman named Mary crumpled to the sidewalk along Northwest 17th Street, vomit smeared across her T-shirt and hair. Within minutes, Miami Fire-Rescue paramedics injected her twice with the life-saving antidote known as Narcan.

Mary was lucky to survive, and stories like hers have become increasingly common for overwhelmed first responders on the frontline of South Florida’s opioid crisis. Newly released statistics show that in the first nine months of 2016, the Miami Fire-Rescue stations in the neighborhood used Narcan nearly 1,700 times — more than double the rate of last year.But they don’t always make it in time.Since 2015, at least 31 people have fatally overdosed in Miami’s Overtown neighborhood with heroin or fentanyl — often both — in their blood. That makes it far and away the deadliest zip code for opioid deaths in Miami-Dade County. The city of Miami itself accounted for nearly a whopping 43 percent of all 236 county overdoses recorded since 2015.

And those numbers will rise dramatically — the Miami-Dade medical examiner’s office says there are 140 suspected overdoses from 2016 still awaiting final toxicology reports. Of those, 107 are believed to be overdoses involving carfentanil, an even deadlier cousin to fentanyl that is best known for its use as an elephant tranquilizer; 59 of those cases happened in the city of Miami.